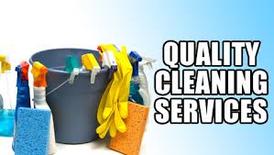 The discovery of the new World had a tremendous impact on the Bay Islands history. Some historians claim that it moved the center of the world out of Europe and into the Caribbean. According to history, during the XVI to XVIII centuries, the big battles went from being staged within the Mediterranean to the Caribbean.

Whichever country controlled the Caribbean Sea basically had the upper hand in world economy and politics. Honduras and the Bay Islands of Honduras were a very important part of that fight between the European states, with Spain, England, Holland, France and Portugal being the most significant players.

There is historical evidence that Christopher Columbus actually took shelter in Guanaja (one of the lesser known Bay Islands) and had his crew disembark in search for water and provisions during his fourth and last trip to the “Indies”.

History marks this significant event as having occurred on the 30th of July 1502. After having found outstanding fresh water, and encountering natives in canoes, he continued towards Punta Castilla in the lovely Bay of Trujillo in mainland Honduras, which was due south of Guanaja, and clearly visible from this island.

Thus, on August 14th, 1502 members of this expedition, led by Bartholomew, Columbus’s brother, reputedly became the first Europeans to set foot on what is today known as the American Continent and celebrated the first Roman Catholic mass in the New World, thus bringing the advent of Christianity to America.

Curiously, there is evidence that Columbus wasn’t actually the first European in Central America. An “unofficial” and secret trip, set up by the Spanish kings themselves, took place in 1407, between Columbus’s second and third trips. History notes that this expedition departed from the Port of Cadiz in Spain on the 10th of May, 1497 and had a total of 4 vessels.

The expedition was commanded by Vicente Yañez Pinzon, who had been captain of “La Niña” one of the three vessels that was in the first trip led by Columbus in 1492.

The purpose of this expedition was above all to confirm the discoveries that Christopher Columbus claimed to have made, and it was a secret expedition because the Spanish kings, Ferdinand and Isabella, had granted Columbus exclusive rights as “Admiral of the Seas” for all trips made to the lands that he might discover.

Historical evidence points to the fact that they landed on the Caribbean coast of Honduras, in the vicinity of what is today Cabo Camaron, east of Trujillo, and then traveled west along the coast of what today are Honduras, Guatemala, Belize and the Mexican Yucatan Peninsula. A fascinating note to this trip is that one of the vessels was captained by an old acquaintance of Columbus’s, a native Italian, Americo Vespucci!

​It is interesting history to note that a map that dates back to 1500, attributed to Juan de la Cosa who was the navigator on this expedition, is the first to delineate the coast of Central America and Yucatan, even though this was not “officially” discovered until 1502.

Even so, the maps made by Bartholomew Columbus during this final voyage, does not delineate the coast of Yucatan because their trip went east towards Cape Gracias a Dios, and they did not explore the northwestern coast of Honduras and Yucatan.

In any case, it is clear that it was a Spanish expedition that first sighted and landed in what today is known as the Bay Islands. There is no evidence that suggests the Spaniards tried to occupy and settle the Bay Islands at this early stage.

Furthermore, the conquistadors never really got a handle on neither the islands nor the coast east of Trujillo in Honduras, or for that matter the Caribbean Coast of Nicaragua. The region, known as the Moskitia was a hot, low lying land that was home to the fierce Miskito Indians who repelled and fought the Spaniards.

During most of the colonial period (1521 to 1821) the Moskitia, also referred to as the Mosquito Coast, was not under Spanish control. The British established a close relationship with the Miskito natives and provided them with arms to fend themselves from Spanish attacks.

As a gesture of friendship, the Brits also gave them rum and in exchange, they were allowed to make a couple of settlements along the coast that were most useful for pirate attacks on the Spanish commercial fleets.

The British were the first Europeans to actually settle both in the Bay Islands and the Miskito Coast. The first documented effort to settle the islands took place in 1639 under the auspices of the Providence Company.

The colony was established in the vicinity of Old Port Royal, in an area of about 100 acres of fairly flat land that was good for agriculture. The settlement lasted only 4 years, as the Spaniards came in and ousted the colonists in an effort to make it harder for the pirates and buccaneers to obtain supplies.

It was not until almost 100 years later when interest in the islands came to life again. On June 23rd, 1742, a contingent of 25 regulars under the command of Colonel Trelawny’s Jamaica regiment disembarked at New Port Royal with orders to erect fortifications for a settlement.

Eventually the colony grew to about 5000 inhabitants split between the settlements of Augusta and Litchfield. The occupation of the island lasted until 1782, when a Spanish Armada consisting of 12 ships attacked the harbour. Eventually the settlement was defeated, the colonists rounded up and taken as prisoners and the fortifications totally destroyed.

The British Empire totally evacuated its remaining settlers from the Bay Islands and the Miskito Coast in 1788. Thus, Roatan was to remain unsettled again until 1797 when about 5000 Garifunas were marooned on Roatan by the British.

The Garifuna were a racial mix of shipwrecked black slaves that had interbred with the carib Indians on the island of St. Vincent. Both cultures had one thing in common; they were fighting for their freedom against the same enemy, the Europeans.

They joined forces, and in doing so created a new racial mixture with a unique culture, blending in African elements with native Caribbean culture. The result was a resilient community that fought hard to keep their freedom and way of life.

The Garifunas were left alone on St. Vincent for many years, until the island became interesting to the British and then they were rounded up put into a ship and transferred to the island of Roatan, where they were disembarked at Punta Gorda in the month of April 1797.

The Spanish, who were concerned that the British were trying to settle the island, resettled most of the Garifunas on the mainland, and today you still have many Garifuna communities, mostly along the Caribbean coast of Honduras, a few in Livingston, Guatemala and others on the coast of Belize as well as couple in the Caribbean coast of  Nicaragua. The Garifuna community has become an important part of modern Honduras, and they are a proud people who work hard to retain their cultural identity.

Between 1797 and 1852, there were few people living on the islands, however in the last year, the British Empire once again decided the islands were worth colonizing and keeping due to their strategic location. Migration was promoted and many (over 600) British settlers from the Cayman Islands decided to move to Roatan and Guanaja.

However, the reality of the American Continent had begun changing. The British Colony’s in North America were now the United States of America, Mexico and Central America where now independent from Spain, and the United States did not want the British meddling in their back yard.

As such, on April 30th 1859, during a convention held at Guatemala City, the Brits, under a great deal of pressure from the United States of America agreed to cede the Bay Islands to the country of Honduras.

​The treaty ceding the islands was signed on the 28th of November, 1859 in the city of Comayagua, then capital of the republic of Honduras. This treaty was ratified by the Republic of Honduras on the 3rd of February, 1860 and by Queen Victoria of England on the 15th of February, 1860. The document hands over the sovereignty of the Bay Islands and the Miskito coast to the Republic on Honduras.

Despite the fact that the Government of Honduras signed and ratified the treaty of Comayagua, it was not until June 1st, 1861 that they took official possession of the islands, creating the Department of the Bay Islands (Departamento de Islas de la Bahia).
​​​